The challenge of distinguishing correct from incorrect test executions is called the (test) oracle problem and it is recognised as one of the fundamental challenges in software testing. For the first time TORACLE 2021 will bring together researchers and practitioners working on the techniques, approaches and tools related to the alleviation and automation of the oracle problem. The workshop will enable the participants to present ideas, discuss recent results and develop a shared agenda for future research.

TORACLE is a one-day workshop, which will consist of two sessions followed by a discussion panel.

Registration is now open!
Please register via the ESEC/FSE registration page (all co-located workshops are included with the Main Conference Registration). 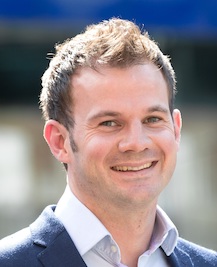 Abstract: Randomized testing is a cheap and effective technique for finding bugs in or increasing test coverage of software systems. It involves running a system under test (SUT) on an endless stream of inputs that are either randomly generated from scratch, or randomly mutated based on existing inputs. For randomized testing to be useful, a test oracle must be available: an oracle is essential for finding bugs, and new tests that improve coverage serve little purpose if we cannot determine whether they pass or fail. Randomized testing also requires a means for shrinking generated test cases to a size that makes them actionable: a test case that exposes a bug must be small enough to facilitate debugging, while a test case that achieves new coverage must be simple enough that it can be added to a regression test suite. I will first give an overview of arguably the most successful application of randomized testing: fuzzing for security-critical vulnerabilities in C++ programs. This is a sweet spot because the bugs detected are critical, the rules of the programming language provide a general-purpose oracle, and test case reduction is relatively straightforward. I will then explain why the oracle and test case reduction problems are much harder when using randomized testing to find functional errors, and why undefined behaviour exacerbates both problems. Finally, I will give examples from my recent work (with collaborators) of how metamorphic testing can be used to circumvent the oracle problem, provide easy test case reduction, and facilitate finding bugs and generating high coverage test suites, in the domains of compilers and software libraries.

Bio: Alastair Donaldson is a Professor in the Department of Computing at Imperial College London and a Visiting Researcher at Google. At Imperial he leads the Multicore Programming Group, investigating novel techniques and tool support for programming, testing and reasoning about highly parallel systems. He was Founder and Director of GraphicsFuzz Ltd., a start-up company specialising in metamorphic testing of graphics drivers, which was acquired by Google in 2018. He was the recipient of the 2017 BCS Roger Needham Award and has published 90+ articles on programming languages, formal verification, software testing and parallel programming. Alastair was previously a Visiting Researcher at Microsoft Research Redmond, an EPSRC Postdoctoral Research Fellow at the University of Oxford and a Research Engineer at Codeplay Software Ltd. He holds a PhD from the University of Glasgow, and is a Fellow of the British Computer Society.

We accept the following types of contributions:

Each submission will be reviewed by three members of the program committee. The main evaluation criteria include the relevance and quality of the submission in terms of technical soundness, novelty, relevance for the TORACLE audience, and presentation quality.

Accepted contributions will be included in the ESEC/FSE 2021 proceedings.

TORACLE 2021 will employ a double-blind review process. The papers submitted must not reveal the authors’ identities in any way. The authors’ names must be omitted from the submission, and references to their prior work should be made in the third person. The only exception are Demonstration papers, which will employ a single-blind review process. The demonstration papers submitted do not need to hide the authors’ identities.

All papers must conform to the ESEC/FSE 2021 formatting instructions. The page limit is strict. Submitted papers must be written in English and in PDF format. They must be unpublished and not submitted for publication elsewhere. Papers must be submitted electronically through the HOTCRP submission site: http://esecfse2021-toracle.hotcrp.com/. The submission deadline is June 1, 2021.

If you have doubts about your submission being in the scope of the workshop, do not hesitate to contact the organisers.